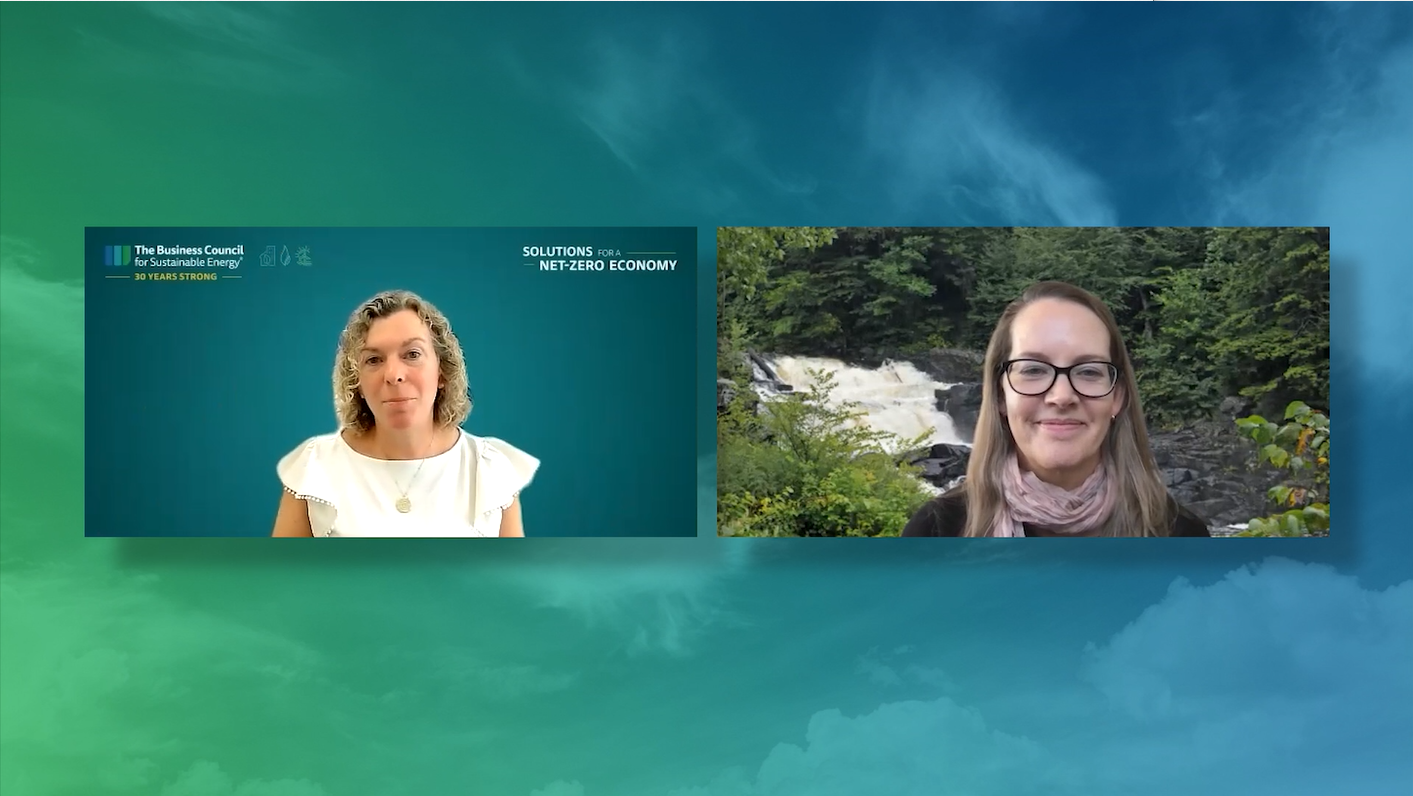 In celebration of the Business Council for Sustainable Energy’s 30th Anniversary, the Solutions for a Net-Zero Economy interview series promotes the leadership and innovation of clean energy businesses and the membership of BCSE. Featured speakers will showcase the broad range of technologies available to achieve sustainability objectives and a net zero economy.

When the Low Impact Hydropower Institute (LIHI) was formed as a non-profit organization in the late 1990s, I don’t think anyone imagined how critical hydropower would be to building a clean energy economy, despite being one of the oldest renewable technologies. By 2000, hydropower supplied seven percent of the total U.S. electricity generation and was the largest source of total annual U.S. renewable electricity generation. But although U.S. hydropower had been in use since the 19th century, it was often known for having a detrimental effect on riverine environments.

LIHI’s founders, led by American Rivers and other conservation groups, wanted to find a positive way to recognize sustainable hydropower and build a program that would use a carrot, not a stick, to incentivize positive environmental practices.

Over two decades, we have worked collaboratively with representatives from both the environmental community and the hydropower industry to grapple with difficult questions like whether a river can be healthy with a dam on it and if hydropower can be operated sustainably. It is important to differentiate dams with and without hydropower. The United States has 90,000 dams, but only 2,500 of these – less than 3 percent – include hydropower generation. What we have found is that hydropower added to an existing dam can improve the rivers around it, but only if it is done sustainably.

That is why LIHI has defined what we think low impact means in the hydropower world. People often think that a certain size project is naturally “low-impact,” but this is not the case. There are small projects that are incredibly damaging to rivers and large projects that contribute to healthy rivers. Through a robust process that includes input from various stakeholders, we have developed a set of criteria that we use to certify hydropower projects as low impact. Our database of LIHI certified® projects helps policymakers, green power purchasers, and other stakeholders make informed decisions about the impact of a facility.

We have eight core certification areas that evaluate hydropower based on the health of the river through flows and water quality; habitat protection, including fish passage and endangered species; recreational accessibility; and cultural resource and shoreline protection. Having a clear definition of what makes hydropower sustainable is critical to improving the U.S. hydropower portfolio. As we battle climate change, hydropower offers a low-carbon, reliable source of energy, but it is important that we balance energy generation with sustainable river ecosystems.

At LIHI we are committed to moving the percentage of certified sustainable, low-impact hydropower from 11 percent of the eligible current U.S. hydropower fleet to 100 percent, so that hydropower can remain an important climate solution.

Want to see more of what is going on with BCSE?

The 2022 edition of the Sustainable Energy in America Factbook provides up-to-date, accurate market intelligence about the broad range of industries that are contributing to the country’s move toward cleaner energy production and more efficient energy usage.

Check Out the Factbook