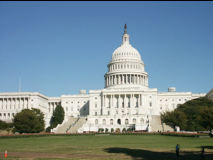 “America’s clean energy industries urge that the base bill introduced to the Senate floor next week include a suite of complementary clean energy policies that will drive investment, create American jobs, and help secure the long term health of our economy and environment.

“Majority Leader Reid’s inclusion of the Home STAR legislation and incentives for investments in the manufacturing of natural gas vehicles is a significant step forward.  We applaud Senator Reid for his leadership and call on Senate leadership to expand that base package to include:

“These bipartisan clean energy policies can help lay the foundation for continued growth in America’s clean energy industries and set the stage for the continued formulation of our nation’s long term energy policy in the months to come.”

The Council included these recommendations in a letter sent today to the full U.S. Senate.

A PDF version of this release is available here.