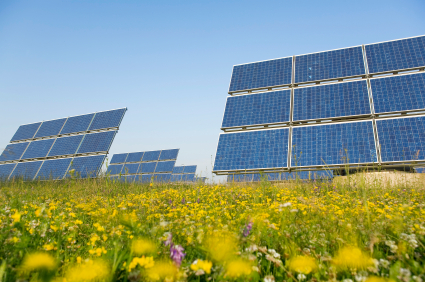 Washington, DC — The Business Council for Sustainable Energy (BCSE) announced today its strong support for the Cantwell-LeMieux Amendment to Extend the “Section 1603” Clean Energy Treasury Grant Program.  The amendment would extend and expand one of the American Recovery and Reinvestment Act’s (ARRA) most successful programs, authorizing the Department of the Treasury to issue grants to renewable energy facilities that would otherwise qualify for the investment tax credit or production tax credit for projects which are begun before 2013.

In a letter sent to the full US Senate, BCSE President Lisa Jacobson urged the inclusion of the Cantwell-LeMieux Amendment within the tax extenders bill expected to be considered by the Senate this week, arguing that the extension and expansion of the 1603 Treasury Grant Program (TGP) is crucial to the creation of American jobs and the growth of clean energy manufacturing and generation through 2012.

By extending the TGP before its expiration at the close of 2010, the Cantwell-LeMieux measure will drive capital into action now, allowing investments in the remainder of 2010 to drive projects, clean energy deployment, and job creation in 2011 and 2012.  The measure would also expand eligibility to those in the public power sector, increasing opportunities for clean energy projects and accelerating crucial economies of scale for the renewable energy manufacturing and development sectors.

“The TGP has been a highly effective vehicle for creating well-paying American clean energy jobs quickly,” wrote Ms. Jacobson.  Her letter cites two recent independent studies on the TGP that demonstrate the program’s job-creation effects in 2009 and that project even greater results should a measure like Cantwell-LeMieux take effect:

Ms. Jacobson concluded her letter with the simple statement, “The immediate passage of these extenders will help create more high-quality clean energy jobs this year.”

A PDF version of this release is available here.